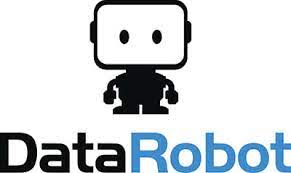 As businesses continue to rely on large data sets, there arises the importance of instant analysis and immediate response. Enter DataRobot, the Boston-based data science company that enables business analysts to build predictive analytics with no knowledge of Machine Learning (ML) or programming. Instead, DataRobot uses automated ML to build and deploy accurate predictive models in a short span of time.

The DataRobot platform has evolved during the last few years to take advantage of the innovations in the public cloud. Enterprises can now choose to run the software either in the public cloud or on-premises data center. The hosted version dubbed DataRobot Cloud Platform currently runs on AWS. To date, the company’s clients represent a wide range of industries. Examples of adoption include Lenovo, which used DataRobot to estimate retail demand in Brazil, and United Airlines, which used the same software to predict which passengers might gate-check bags.

DataRobot was founded in 2012 by Jeremy Achin and Tom de Godoy, and their company has grown and expanded at a fast pace. In 2019 DataRobot reached unicorn status after a $206 million Series E funding round put its cumulative value north of $1 billion. Since then, the privately held company has raised over $750 million across nine funding rounds and now has an estimated $2.8 billion valuation.