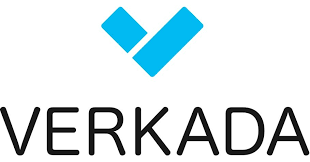 Founded in 2016, Verkada is a Silicon Valley security startup that is focused on modernizing the world of enterprise building security. The company offers security equipment such as video cameras, access control systems, and environmental sensors, all featuring cloud-based machine vision and artificial intelligence. Verkada prides itself on offering a “software-first approach” to make security as seamless and modern as the organizations they protect. Last year the company launched its first access control device, the first shift into integrating security cameras and locks onto a single platform.

Based in San Mateo, California, Verkada also has offices in London and Sydney. More than 3,500 organizations, including 30 Fortune 500 companies, use Verkada to protect people and assets, secure facilities, and gain new insights. In 2019, Forbes included Verkada in its Next Billion Dollar Startups list, as well as that year’s AI 50 list of most promising artificial intelligence companies. In January 2020 Verkada hit unicorn status after its valuation jumped by more than $1 billion when it disclosed an $80 million Series C funding round, resulting in a staggering valuation of $1.6 billion. To date the company has raised ~$140 million in funding.