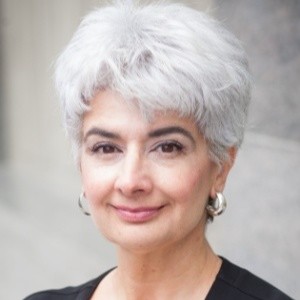 Ms. Neagu is a recognized expert on data applications and XML technologies. Adriana is a pioneer in creating the technology that would later bring XML Standards to tablets and smartphones. Adriana was recognized in 2007 with the Codie Award for Women in Business as “Technology Innovator of the Year”. During her 10-year career at Microsoft, Adriana was co-inventor of Microsoft Office InfoPath. Adriana is a co-inventor of 4 Microsoft patents. Adriana also serves as Formotus’ President of Engineering. Ms. Neagu is the creator and architect of the patented Formotus service architecture.

At the advent of the Software-as-a-Service industry, she created one of the first SaaS B2B companies. Adriana anticipated the migration from desktop computing to running software applications and services on mobile phones and tablets, as more and more businesses supported a growing mobile workforce. Ms. Neagu emigrated from Romania to the United States in 1995 and began her career at Microsoft. In her first years at Microsoft, she worked on implementing the Extensible Markup Language (XML) and web services technology in Microsoft products, which led to the creation of the Microsoft Office InfoPath product. Before her time at Microsoft, Adriana spent 5 years working with the International Atomic Energy Agency in Vienna, Austria.