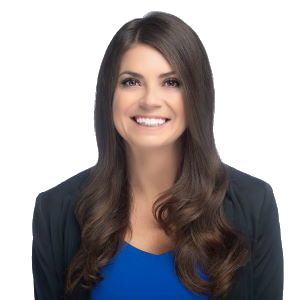 Halston Puchek is the Chief Marketing Officer at Hoban Law Group. In this role, she is responsible for leading the company’s marketing and communication efforts, including media relations, branding, advertising, social media, video, and online content. Additionally, she manages and oversees sponsorships, events, charitable contributions, and marketing training.

Prior to joining Hoban Law Group, Halston launched her career in the Denver area, starting off in the beverage industry, where she began to develop her sales and networking skills with an eye for marketing and business development. At 25, she started her own company managing and staffing events and trade shows to help grow different industry brands throughout the country. Because she excelled at putting deals together, she formed another company to buy and sell Hunter/Jumper show horses.

Halston later became a pioneer in Colorado’s medical marijuana industry since its foundation in 2009, sitting on local and national panels, hosting political events, providing locations for industry networking gatherings and advocating and volunteering; She owned and operated one of the first vertically integrated, licensed medical marijuana dispensaries in Boulder, Colorado and helped implement the first marijuana seed-to-sale tracking system in 2012.

In 2016, Halston assisted in the foundation of a cannabis tech startup and was personally responsible for bringing in more than $1.7 million in national sales in less than two years.

In her free time, she loves riding her horse, Apple, competing in equestrian jumping competitions and (her new favorite) wake surfing in the summer.