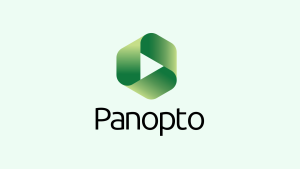 Online video platform Panopto provides video capture and management software for educators, businesses, and government agencies. The Seattle-based company has been helping these organizations create searchable video libraries of their institutional knowledge since 2007. In addition to its Seattle headquarters, Panopto has offices in Pittsburgh, London, Hong Kong, Beijing, and Sydney.

The company’s founders are professors William Guttman and William Scherlis, current Chief Executive Officer Eric Burns, and serial entrepreneur Brad Winney. The idea for the company came about in 2002, as the cost of computer storage became noticeably cheaper than storing videos and footage on hardware.

A true pioneer in video capture software, Panopto has certainly earned its sense of pride in its business. However, a spokesperson from the company told The Software Report that its recent streak of success is in large part due to the COVID-19 pandemic.

With the use of meeting recordings skyrocketing over the last year, Panopto responded by adding functionality that allows Zoom and WebEx to store recordings in its platform. The company also recently added Microsoft Teams functionality, which “now means that Panopto is the leader in turning meetings into true digital assets no matter what video conferencing tool they use,” a spokesperson told The Software Report.

“Microsoft Teams is how higher education and business professionals stay connected and organized,” said Steven Abrahams, Principal Product Manager for Microsoft Teams Ecosystem. “With Panopto’s Teams integration, customers have a single, secure video library that spans their entire organization and that allows them to easily access and search their Teams videos anytime, anywhere.”

What ultimately makes Panopto a one-in-a-million company is its willingness to embrace new and innovative technologies. Notably, it was one of the first video companies to realize the potential offered by cloud technologies. In fact, betting heavily on the cloud has paid off in dividends for Panopto.

“We operate at an extraordinary scale, hosting more than 1.6 billion minutes of video and streaming more than 1,650 years’ worth of video every month,” the spokesperson told us. “Our customers also include the world’s top universities—namely 22 of the top 25 global universities—who rely on Panopto as mission-critical technology.” According to the company, fall of 2020 saw university students consuming over three billion minutes of video on its platform.

In competing with heavyweights like Microsoft, IBM, Kaltura, and others, Panopto has wisely expanded beyond a client base of universities.The company has uncovered a demand for enterprise video content management in organizations ranging from financial institutions to manufacturers needing a platform to help manage training, sales, and marketing videos. As all manner of meetings continue to be increasingly conducted online, Panopto’s expert video capture will surely enrapture more and more clients.