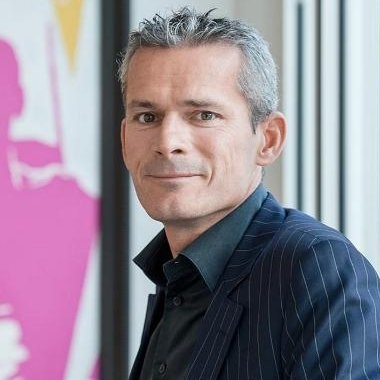 Sébastien Ricard has been an entrepreneur for over 20 years, creating major companies in Business Intelligence and Cloud. Passionate about technology, he’s one of the cloud pioneers in Europe and the US, as the creator of gPartner (distribution and integration of Google Enterprise in Europe) and LumApps (worldwide editor on the Digital Workplace market).

Sébastien is currently founder and CEO of LumApps, leader in enterprise communications. He created LumApps in 2013 and joined the executive presidency in 2016 to help the company develop worldwide (EMEA, USA, JAPAC).

Before LumApps, Sébastien was Founder and President at gPartner, where he spent 5 years building the company into a European leader in Google Cloud solutions distribution in EMEA. He sold the company to Devoteam in 2014 (now Devoteam G Cloud). Before gPartner, Sebastien also created 3 other business intelligence companies, including Actiware and 3 tiers Limited, sold to Keyrus group in 2001 and 2004 respectively.