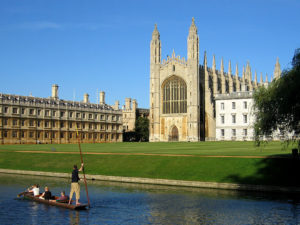 As cybercriminals continue to evolve their practices and wreak havoc on organizations across the globe, spending on cybersecurity has made it to the top of corporate agendas. With worldwide cybercrime expected to hit a whopping $6 trillion in damages by 2021, businesses are gearing up to spend $1 trillion over the next five years to protect their increasingly complex digital ecosystems.

The latest cybersecurity firm to garner the attention of the VC world is Darktrace, a company which uses machine learning and artificial intelligence algorithms to “replicate the function of antibodies in the human immune system” by shooting down threats as they come. The U.K.-based company has raised $75 million in its latest Series D funding round, bringing its private valuation to $825 million. The round was led by Insight Venture Partners, as well as existing investors Summit Partners, KKR and TenEleven Ventures, and brings the company’s total funding to $180.5 million.

Darktrace, founded by University of Cambridge mathematicians and British intelligence agency alumni, says it has a total contract value of $200 million and 3,000 global costumers. The company attributes a 140% year-over-year increase in contract value to strong performance in the U.S., where sales tripled over the past year. Customers range across sectors including retail, telecom and technology, healthcare, government, industrial systems, media and finance. The firm says it will use the new capital to to hire new sales and marketing staff focused on the company’s expansion in Latin America and Asia.