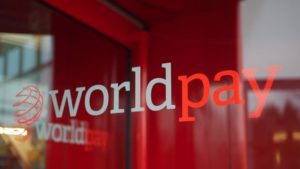 Less than two years ago, the fintech player listed in London with a 4.8-billion-pound ($7.7 billion) price tag. The cash-and-stock deal reflects an approximate 18.9% premium to Worldpay’s closing price on Monday prior to the news release.

Shares of London-based Worldpay traded down about 8.8% on Wednesday on reports that it had been approached by both Vantiv and its corporate broker, JPMorgan, who has indicated it will not make a rival bid.

Credit card providers and banks have been eyeing payments companies as part of a larger initiative to capitalize on a major consumer shift away from cash transactions to paying by smartphones and other mobile devices. Traditional players have been scrambling to compete against a booming number of startups such as Stripe and Square in order to stay relevant in the disrupted global payments processing space. Danish payment services company Nets A/S also revealed it had been approached by potential buyers.

Earlier this year, Vantiv acquired enterprise payments company Paymetric for an undisclosed sum in efforts to nudge into the payments industry. In 2016, the Cincinnati-based firm bought out the U.S. arm of Canadian payments company Moneris for $425 million. JPMorgan, which has until August 1st to make a counteroffer, has also been scooping up payments platforms to build out its digital wallet, Chase Pay.

Worldplay is behind 41% of all transactions in the UK, processing mobile, online and in-store payments in 146 countries.

“Given the current price, strategic rationale for Vantiv and lack of significant EPS (earnings per share) accretion we believe it is unlikely other suitors will emerge at this point,” said analysts at investment firm Cowen & Co.

The companies highlighted “substantial opportunities” for cost cutting and additional opportunities for revenue growth. The combined entity would be co-led by Worldplay CEO Philip Jansen and Vantiv’s Chief Operating Officer Charles Drucker. Under the terms of the current agreement, Worldplay would be de-listed from the London exchange and shareholders would own 41% of the share capital after the merger.