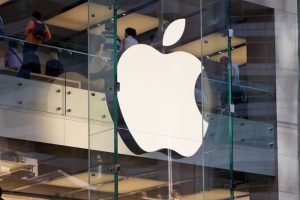 Big tech leader Apple is teaming with the Boys & Girls Clubs of America to launch a new program that will bring coding to youths across the U.S. The program will introduce kids and teens to coding with the Swift coding language, which was developed by Apple and the open-source community, giving them a chance to create and learn about the basics of app design and development. The initiative was announced in conjunction with Computer Science Education Week and will focus on critical thinking and creative problem-solving. It’s also an expansion on Apple’s existing partnership with Boys & Girls Clubs of America through the company’s Community Education Initiative in support of its Racial Equity and Justice Initiative.

The new program will initially launch in ten regions, including Atlanta; Austin, Texas; Metro Washington, D.C; Miami-Dade County, Florida; Wake County, North Carolina; and Silicon Valley. Existing programming initiatives in Detroit, Chicago, Nashville, and New Jersey will continue to expand, and the company hopes to bring coding opportunities to Boys & Girls Clubs nationwide. Apple has already played a large part in spreading coding education with the Everyone Can Code learning curriculum, and it recently announced the new Everyone Can Code Early Learners platform, geared toward elementary school students and educators.