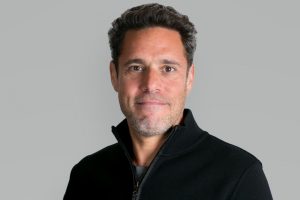 Articulate is a market-leading SaaS provider of creator platforms for online training. Founded in 2002 by Adam Schwartz, the New York-based company offers products that make it easier for companies to develop, deliver, and analyze engaging and effective online training.

Schwartz and Chief Executive Officer Lucy Suros work together to drive Articulate’s growth, capitalizing on their decade-long partnership, which underscores the success of the company. Since Suros joined Articulate in 2011, the company has grown its fully remote staff from 47 to 338 people and increased revenues by 590%.

It’s Articulate’s offerings, though, that are at the heart of the company’s triumphs. Articulate serves both enterprise companies and small to medium-sized businesses through Articulate 360 and Rise.com.

Articulate 360 is for enterprises that need to develop content for their learning management systems (LMSs). The offering includes course creation apps Storyline 360 and Rise 360, a content library with over eight million assets, an app for collecting stakeholder feedback, and live and on-demand training. It comes as no surprise that Articulate 360 was named the 7th most loved product in the world this year by TrustRadius.

SMBs can also take advantage of Articulate’s software with Rise.com. It’s an all-in-one training system built specifically for SMBs and departments in enterprises who need an easy, affordable way to create, deliver, and track online training. The launch of Rise.com was overseen by dynamic duo Schwartz and Suros, as the COVID-19 pandemic made remote training more important than ever before.

“Articulate product offerings democratize training,” a spokesperson said via email. “Helping companies foster a culture of learning where every line of business is empowered to create engaging courses… ensures that employees have more opportunities to build critical skills and drive impact for the business for years to come.”

And it seems as though Articulate has its sights set on a lot more than making training accessible. Looking inward, the company has recently focused on expanding diversity programs, going as far as including every team—no matter the level they’re at—in the process of creating new hiring practices. “[We’re] focused on integrating new employees into our human-centered organization quickly and empowering them to contribute their unique skills and perspectives.”

It’s fair to say that the company is putting its money where its mouth is, with all new employees required to participate in the “I’m Not a Racist Am I” experience based on the eponymously titled documentary. The program includes over seven hours of training, with facilitated group conversations targeted at understanding structural systematic racism. Articulate was named one of Inc. Magazine’s Best Workplaces 2020.

If there’s any statement that fits Articulate, it’s that success starts from within—and there’s no denying that Articulate is winning. As of today, it has secured all of the Fortune 100 as customers and expanded its reach to 161 countries worldwide. Earlier this year, Articulate also announced it had secured $1.5 billion in a Series A funding led by General Atlantic and joined by Blackstone Growth and ICONIQ Growth. That round was Articulate’s first source of institutional capital and brought its valuation to a massive $3.75 billion.