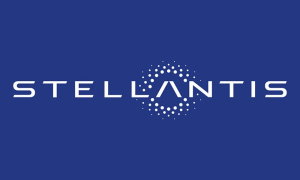 In 2021, the merger of Fiat Chrysler Automobiles and Peugeot (PCA) created Stellantis, a multinational automotive manufacturing corporation representing such popular brands as Renault, Dodge, Jeep, and Alfa Romeo, among others. Now, the company is planning to generate about $22.5 billion in incremental annual revenue from software services and subscriptions by 2030. Stellantis’ long-term plan for creating this revenue will be driven by what the company hopes will be around 34 million “connected” vehicles on the streets by the same year. This means advanced GPS, infotainment systems, driver assistance, and other technologies that come in many of its brands and models will see upgrades several times per year—services and subscriptions the customer will pay for along the way.

Stellantis hopes the new revenue will help offset some of the $34 billion it plans to invest in developing the software-centric vehicles meant to keep the company in competition with Tesla and other automakers. Currently, General Motors is developing electric vehicles, autonomous driving tech, and software services in a push to double its annual revenue to about $280 billion by 2030. Similarly, Ford Motor Company has hired Doug Field, a former Apple and Tesla executive, to lead its software strategy. Stellantis and other global automakers are also shifting to a technology-based business model in conjunction with global emissions goals, which call for a 50% reduction by the target year of 2030.