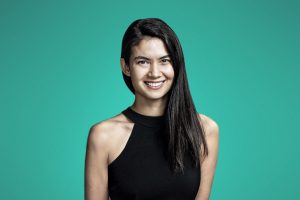 For many successful entrepreneurs, their journey begins by identifying a problem and developing a unique solution. Sometimes, that simply means democratizing existing technologies for better use by more people, which is one way to view the success of Web-based design platform Canva and its co-founder and CEO Melanie Perkins.

Frustrated by the difficulty of learning and using industry-standard design tools like Photoshop and InDesign, Perkins (along with partner Cliff Obrecht and colleague Cameron Adams) developed Canva first as an easy-to-use alternative for making yearbooks. Now, less than 10 years after its founding, the company’s “freemium” app alone boasts over 20 million users worldwide, and paid Pro and Enterprise versions are in hot demand too. With a $6 billion valuation, Canva has succeeded in two important ways—not only does it offer Microsoft and Adobe stiff competition, it reportedly turns an annual profit.

Perkins, 32, is an alum of the Forbes “30 Under 30” list and is one of the youngest and most successful women in tech, with a net worth over $1 billion. However, both she and fiancé Obrecht live modestly, and although Canva’s financial success benefits them both, they seem much more interested in making graphic design accessible to the world.

Like many other software companies, the coronavirus pandemic drove an increase in users of both free and paid platforms, bringing it closer than ever to competing with the standard-bearers. In fact, according to CNBC, 85% of Fortune 500 companies already use Canva, and the company is still building its professional platforms—in part, by acquiring European design tool startups Kaleido.ai and Smartmockups. Perkins expects to exceed some expectations by expanding her company throughout the Asia-Pacific region as well. Canva is already Australia’s most successful tech startup; regional expansion in tandem with a constantly evolving product could keep it on top.

The young Australian entrepreneur maintains a high-level of pressure on herself to grow Canva into the next generation of digital design, with personal expectations that go even further. Promoting equal access to the design ecosystem is just the beginning.