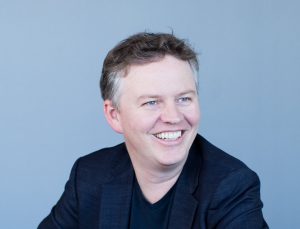 In 2021, cyberattacks are in the headlines more than ever thanks to a drastic uptick in large-scale attacks on American cyberinfrastructure. First, criminal hackers shut down the Colonial Pipeline, the largest refined oil pipeline in the United States, followed by a similar recent attack on JBS, the world’s largest meatpacking company. According to Cloudflare founder and CEO Matthew Prince, attacks are on the rise because hackers across the globe want to strike before governments, businesses, and other organizations start implementing more serious cybersecurity measures. Prince also cites the increase in attacks and their sophistication as a motivator for his company to embrace a “zero-trust” approach to network security — lessons the CEO learned the hard way.

Prince founded Cloudflare in 2009 with colleagues Lee Holloway and the company’s COO Michelle Zatlyn, determined to do their part in making a better internet. Their plan was to both track and stop online intruders by building an effective “firewall in the cloud.” In the 10-plus years since launching Cloudflare, the company has grown substantially, currently serving over 100,000 customers and covering millions of internet properties. With its rapid and massive growth, however, Cloudflare has hit a number of speedbumps. In 2019, errors in a single router caused the company’s DNS (domain name system) to disappear, creating a ripple effect that brought much of the internet to a halt — including tech giants Amazon and Google — for almost 30 minutes.

Because of persistent threats from enemy interlopers, as well as numerous internal issues, Prince quickly adopted a strategy of full transparency from the top down. Although in practice Cloudflare is a web infrastructure, content delivery network, and cybersecurity provider, the CEO considers his company a “trust business.” As such, he admits his personal and his company’s mistakes, almost to a fault, while Cloudflare operates on a zero-trust administration of security. He hopes the combination is a recipe for sustained success as more organizations come face-to-face with digital transformation.

In the wake of 2020’s SolarWinds attack, more and more organizations are assessing their infrastructure and network security, and Prince is confident that his company’s zero-trust solutions are at least a first step in curtailing further attacks. And as his company succeeds, Prince’s fortune grows in tandem; with a 12.5 percent stake in the publicly traded company, his current net worth is roughly $3 billion. He and his executive team hope that technology catches up with good intentions to eliminate cybersecurity risks. With his “radical transparency” mindset, Prince is sure to point out any mistakes along the way. 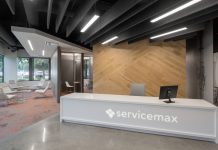