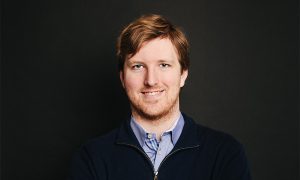 When Arthur C. Clarke called evolving technology akin to magic, he might have had flying cars in mind—or at least cars that could drive themselves without a human behind the wheel. In 2021, fully automated self-driving vehicles are still the wave of the future, but although the coronavirus pandemic may have forced many companies to pump the brakes, Austin Russell’s startup Luminar has financially accelerated at full speed.

Thanks to a successful reverse merger with special purpose acquisition company (SPAC) Gores Metropoulos, the 25-year-old has become the youngest self-made billionaire, joining an elite list that includes titans of big tech like Bill Gates, Larry Page, and Mark Zuckerberg. Unlike most of his contemporaries, Russell founded his company at just 17, between high school and a brief stint in Stanford’s applied physics department. With assistance from Silicon Valley superman Peter Thiel’s foundation, Russell is determined to make Luminar ubiquitous in the vehicle automation market.

Luminar harnesses laser power using Lidar (light detection and ranging) technology, producing the sensors and software that Russell has been developing since he was a teenager. With major automotive partners like Audi, Volvo, and Toyota already on board, the young billionaire is poised to compete against the likes of Tesla and its Lidar-free Autopilot system.

He founded the company in 2012, the same year he was named a Thiel Foundation Fellow. Through this endeavor, Thiel encourages and supports young entrepreneurs to forego higher education in favor of the innovation industry. For Russell, timing was everything, as he entered the autonomous vehicle market at an early point before it began its upward growth trajectory. Less than a decade later, his net worth sits at $3.2 billion, thanks to holding about one-third of his company’s ownership.

One of Russell’s greatest strengths is his laser-like focus. Unlike most Gen-Z twenty-somethings, he avoids social media (he has neither a Twitter nor Instagram account) and enjoys freedom from heavy college debt, providing him the mental acuity to continue developing and fine-tuning Luminar’s technology. Although he has already amassed a fortune, his ultimate goal is to fulfill the life-saving potential of Lidar in both fully automated and driver-assist-enabled vehicles. As his company grows and advances its tech, Luminar products become cheaper and more accessible—at least that’s his plan. Russell is content to let competitors like Elon Musk do the talking while he just keeps working toward ubiquity.