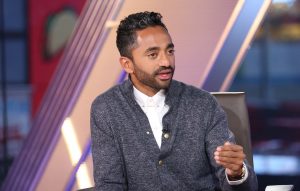 Chamath Palihapitiya is one of the more audacious and outspoken of the young Silicon Valley billionaires, so it comes as no surprise that he would join the stock conversation of 2021—the saga of video game retailer GameStop. Thanks to his early involvement as a VP with Facebook, Palihapitiya has earned his place among the brightest minds in tech, and his fund Social Capital provides him with sufficient clout in the venture capital investment world.

His support for the retail investors going toe-to-toe with hedge funds has given their movement a louder voice and a provided them with a boost in credibility. Palihapitiya has leveraged his professional acumen alongside his brash attitude to become a fixture on CNBC, where he speaks to millions of viewers with his signature defiance.

Now, amidst renewed talk of a likely-doomed recall of California’s governor, the 44-year-old billionaire is preparing to bring his bravado into politics. The campaign to remove Gov. Gavin Newsom was initiated by angry anti-maskers and QAnon followers, but suddenly Palihapitiya (as well as others in both tech and venture capital) is throwing his weight behind the movement. While he has announced he won’t be running for governor (at least not yet), he has already proven that his commentary on political matters have had an impact.

In addition to his insights into public service, his resume as a businessman is impressive. In 2004, he became AOL’s youngest VP ever, then joined an up-and-coming Facebook as an executive in 2007, all the while using his investment insight to back startups with bright futures. Through his firm Social Capital, Palihapitiya has made wise bets on successful ventures such as Slack Technologies, but he has drawn considerable attention for forming several special purpose acquisition companies (SPACs), also known as “blank check” enterprises. He has formed SPACs to fund startups across industries, from smart locks to online home selling, and he holds stock in Amazon and Tesla just to shore his firm up. He joined space pioneer Richard Branson in forming a SPAC for Virgin Galactic, bringing commercial spaceflight onto the stock market.

Just as he does with the startups that catch his eye, Palihapitiya is capitalizing on his own success—and his charismatic persona. In addition to keeping up with Reddit-fueled market volatility, he has also chimed-in publicly regarding the U.S. Capitol riots and the effects of social media companies like his former employer Facebook, on greater society. As for his take on politics, Palihapitiya has identified problems with California’s education system, calling the state “a mess” in general. He also has designs on becoming the “Warren Buffett of tech,” which is as audacious a goal as it gets. One way or another, he stands to be one of the most influential, and controversial, members of the Silicon Valley elite.