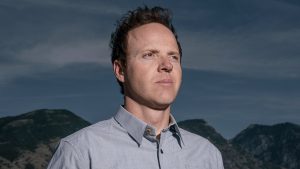 Ryan Smith has come a long way from building Qualtrics in his family’s basement in 2002, but it’s clear his heart is permanently attached to the State of Utah. In October 2020, the young billionaire solidified his commitment to his home state by purchasing the Utah Jazz, the state’s only professional sports team. If Smith can translate his Midas touch from tech to the court, it would count as yet another step toward building the “Silicon Slopes” as the successor to California’s Bay Area.

Smith is active in the Beehive State’s booming start-up community, just one facet of the new generation of entrepreneurs and enterprises transforming the Salt Lake City-area into a growth hub, and Qualtrics has quickly become a cornerstone of the movement. With the rapid changes happening as a result of the Coronavirus pandemic, Qualtrics’ customer experience management software is in greater demand than ever, and the 42-year-old executive chairman is ready to double-down on his company and his state.

Qualtrics was acquired in 2018 by German software giant SAP, right around the time Smith was preparing to take his homegrown venture public. Less than three years after the $8 billion deal, Qualtrics continues to thrive in a competitive market, and SAP is preparing to spin out the company for its long-awaited IPO (which will likely be the largest in Utah’s history).

Smith, with a current net worth of $1.3 billion, will continue to lead the company and will likely make another fortune after the public offering. Now with the purchase of his beloved NBA franchise, Smith is poised to join the likes of Mark Cuban and Steve Ballmer in the billionaire ballers club. Meanwhile, as CRM superstar Salesforce attracts attention for taking on the popular-yet-struggling Slack, Qualtrics XM is being adopted by Toyota Research Institute, Prologis Inc., IG Group, and many more enterprises driven by customer experiences.

Now that Smith has eclipsed the pressure of Fortune’s 2016 “40 Under 40,” an accolade he received pre-SAP, the still-young entrepreneur is set on keeping Qualtrics’ growth on its upward trajectory while he manages his passion projects. In addition to his new basketball franchise, Smith is one of the founders of 5 For The Fight, a non-profit supporting cancer research $5 at a time. Since its launch in 2016, the nonprofit has raised over $25 million toward building facilities and funding new research, especially in Utah. The charity receives attention during every Jazz game; the team’s jerseys sport the campaign’s logo instead of Qualtrics’, making them the only squad promoting a charity rather than a corporation. With the NBA’s spotlight cast upon him, Smith is ready to represent the Silicon Slopes.