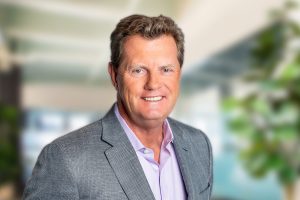 Frank Slootman doesn’t launch companies; he provides them with the fuel to go stratospheric. As the newly minted CEO of Snowflake in 2019, he assumed control of the young cloud data-warehouse company and 18 months later led its record-breaking IPO. Snowflake is the third company that Slootman has been tasked with leveling-up by tightening operations and maximizing potential before going public. Previously, he showed a cutthroat attitude while leading Data Domain and ServiceNow to tremendous growth and success, forging a formidable reputation as an uncompromising executive.

His brash posture has yielded incredible results and netted him a personal fortune of $2.2 billion. Slootman is an old-school executive who wields his power like a professional dictator, running his companies hands-on with an iron grip. Now, just months after multiplying Snowflake’s market cap more than tenfold, he’s been tapped to serve on the board of grocery delivery startup Instacart. His appointment is a clear indicator that the booming personal shopping company is heading toward Wall Street, with Slootman as its veteran advisor.

Instacart founder and CEO Apoorva Mehta has spent several months conferring with his executive elder about honing the company’s focus, treating Slootman as a sort of professional coach. His company, which saw exponential demand during COVID-19 pandemic lockdowns and restrictions, is already valued near $40 billion. Most likely, Mehta is betting that Slootman can help Instacart maintain its momentum and upward-trajectory in a post-coronavirus economy. After all, under his control, Snowflake has become a competitor to dominant data players Google and Amazon, attracting larger clients and concentrating on the future.

Comparing Snowflake and Instacart is a large-scale example of apples-to-oranges, but both companies are early to their respective industries and boast significant name-recognition value. Slootman is the kind of executive who commands attention and respect, whether at the company’s helm or merely advising from the sidelines.

His rigid control and hard-nosed methods stand in stark contrast to many modern enterprise companies, ventures led by executives who shower their workforces with conveniences, encourage open dialogue on all levels, and strive for recognition in various “best workplace” lists. Slootman’s track record is proof that a company doesn’t necessarily need office cafés and recreation rooms to motivate its workforce to achieve great results. Once he assumed control of Snowflake, he replaced underperforming or underwhelming executives with his own deputies, transforming the company into a highly structured performance-based business. And he isn’t just in his position to collect a salary; he has a vested interest in Snowflake’s success that adds up to nearly a 10% stake in the company. He is an avid sailor in his private time, but Slootman seems more intent on steering blockbuster ventures into multi-billion-dollar waters.