Home Latest News Billionaire Beat: Todd McKinnon Is On A Mission To Make Okta The... 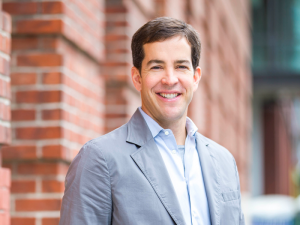 Amid the expansion of a mobile workforce and increased emphasis on digital transformation, one of the most pressing concerns is cybersecurity, including identity verification and management. That’s where Todd McKinnon’s Okta has found success during and as a result of the pandemic. Pre-COVID, McKinnon’s company, a leading identity and access management company, was already successful, if not profitable. In 2020, the company saw its revenue increase 43% year-over-year to a whopping $835 million. Now, the CEO and Co-founder is on a mission to make Okta the first name in identity protection.

Identity verification and management is crucial on every end of our digital interactions, but since its founding in 2009, Okta has focused its services on enterprises and their employees, while competitor Auth0 has grown popular with application developers. That’s why, in March 2020, McKinnon announced his company’s acquisition of Auth0, a company he tried to buy twice before. He first became attracted to the competitor in 2013, retaining his desire through the years until he had the offer that couldn’t be refused: an estimated $6.5 billion worth of Okta’s stock. With the successful acquisition, Auth0 and Okta will operate separately and in union to provide an all-in-one identity management cloud, and McKinnon’s mission moves forward.

His company’s success has been hard-earned and is the result of a bold career move he made following the 2008 financial crisis. McKinnon began his career as a software developer with PeopleSoft in 1995, leaving in 2003—two years before Oracle acquired the software company. He joined Salesforce and quickly became the company’s engineering leader.

In the wake of the financial crisis, McKinnon presented a 13-page Google Slides presentation to his number one supporter: his wife, Roxanne. The two were new parents, and Todd was dealing with health issues, but that didn’t stop him. He had a gut feeling that the tech industry’s move from on-premises to cloud-based operations would be where the next Oracle or Microsoft would be made. With his wife’s consent, he took his shot, and it surpassed every expectation. Now, just over a decade later, McKinnon is worth approximately $1.8 billion. As identity security continues to be an important battlefield in cybersecurity, his mission will surely succeed.