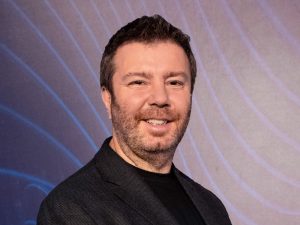 In the 1980s and ‘90s, there was a widespread fear among American workers about losing their jobs to robots. Now, in the 21st century, robots have gone digital, and Daniel Dines is one of the first “bot billionaires.” In 2005, the Romanian software engineer and entrepreneur founded UiPath, a robotic process automation (RPA) company born in Bucharest, now headquartered in New York City. Over 15 years later, Dines’s company has gone public with the third-largest software IPO in history, joining Snowflake and Qualtrics in the top three.

The company’s bots are simultaneously highly advanced and capable of the most banal business tasks like accounting data entry and insurance claims processing. The technology helps businesses reduce employee busywork and improve entry accuracy, just two huge money saving opportunities of many possibilities. Its relatively recent rise reflects the company’s scalability and future potential — and investors have placed a billion-dollar bet on RPA.

Dines originally came to America in 2000 to pursue a career with Microsoft as a software engineer — a sizable change after growing up in a country during its revolution and post-Soviet recovery. After several years in the States, he was inspired to return to Bucharest to pursue his own “crazy ideas” in the newly budding Romanian economy. For at least 10 years, he bootstrapped his company through near failure, but with a series of savvy technology investments, UiPath started growing exponentially. By incorporating AI-driven computer vision, API automation, low- and no-code workflows, and more, Dines’s company grew in tandem with its market, keeping it cutting-edge while evolving into a multi-billion-dollar venture. Its freeware version introduced new customers to UiPath’s solutions and created customer loyalty that converted into today’s annual recurring revenue of $580 million.

Now, Dines is wagering his entire company on the future of digital automation, and as he see it, the world is ready for it post-pandemic. He believes that RPA is poised to become the next cloud-computing in terms of next-generation technologies on the verge of exploding. Just as the cloud completely changed IT processes, Dines predicts that RPA, and his company in particular, could revolutionize business processes. The company currently boasts a market capitalization hovering near $40 billion, a giant leap from the company’s 2018 valuation of $1.1 billion. As his endeavor grows in value, so does Dines, who has a personal net worth of $9 billion. The new billionaire hopes to bring similar success to his home country with investments in business and real estate, and at 49, Dines is just getting started. 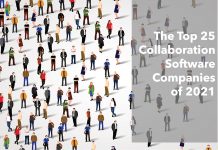