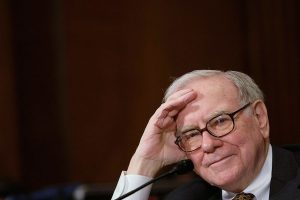 Unlike many successful investors, Warren Buffett is not a gambler. Instead, he is a cautious leader with faith in his closest associates. His “invest in what you know” philosophy has long precluded him from betting big in the growing technology sector, with few exceptions.

Analysts were shocked when Berkshire Hathaway bought around $730 billion of the software company Snowflake in its IPO. The Bay Area unicorn, which specializes in cloud-data management, is seen as a potential competitor or successor to Amazon Web Services, making it a rare bird for Buffett’s target.

Guided by his deputies Todd Combs (also recently appointed CEO of Geico) and Ted Weschler (a successful hedge-fund manager), Berkshire has made an intrepid impression on the market. Fueled by this enthusiasm, Snowflake raised nearly $4 billion en route to the largest software IPO in history. This investment represents a hefty endorsement of Snowflake’s perceived advantages.

Buffet, the “Oracle of Omaha,” is a paragon of value investing. He has made more than a fortune in his extensive career thanks, in great part, to his fiscal discretion. Buffett has historically avoided investing in technology companies because he feels they often lack economic moats—competitive advantages such as patents on products that are essential to a particular service. Regardless, there is no denying that the future is digital and cloud-based, and Buffett has even stated that Berkshire made a mistake in not buying Alphabet, the parent of Google, early on.

The investment is a positive sign toward a progressive diversification of Berkshire’s portfolio, which has historically been commodity driven. For any modern business, data is as valuable an asset as any other capital, which puts AI-driven data warehousing providers like Snowflake in high demand. This move could represent a profitable step in the right direction for Berkshire’s future.

While Buffett’s tech investments are few and far between, he has dabbled in this sector before. In 2018, Berkshire broke from its norms and invested a large sum in Brazilian fintech company StoneCo in its IPO, which proved to be an astute decision. In the time since StoneCo made its initial offering, its stock has doubled in price, making Berkshire and Buffett a generous profit. Similarly, Snowflake saw its stock value increase exponentially immediately upon going public, making it an overwhelming short-term success. Berkshire is making a bold play by betting on Snowflake, placing immense pressure on the young company, but the unlikely decision will likely prove to be mutually beneficial.