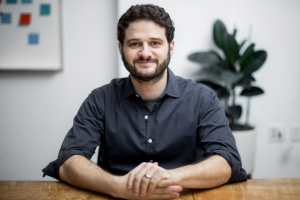 If the founders and first employees of Facebook are a part of “the internet’s first graduating class,” Dustin Moskovitz would make a great Salutatorian. As one of the central figures in the social network’s origin story, Moskovitz has already amassed the kind of fortune that lets him choose his own adventure and pursue large philanthropic efforts simultaneously. While former roommate and Facebook CEO Mark Zuckerberg falls under greater scrutiny and criticism for the platform’s darkest corners, Moskovitz is leading his wildly successful workplace collaboration platform, Asana, as it joins the public exchange.

The company is still in its early-growth stage, but the COVID-19 pandemic induced a surge in remote work, leading to an 85% increase in revenue for the company. In addition to Asana’s popularity with its customers, it boasts a lauded corporate culture and is routinely ranked as a top workplace in several categories.

The company’s emphasis on a positive work environment is a feature of Asana’s corporate design. Along with co-founder Justin Rosenstein, who was a formative project manager at Google, Moskovitz built the company as a mindful workplace rooted in Eastern philosophy. As a software platform, Asana is a descendant of early-development projects the two helped build for their former titanic employers, built to be a self-sustaining add-on to any enterprise that needs user-friendly internal communications. After nearly a decade of slow and steady growth, Asana holds a small share of a highly crowded and competitive market.

Boasting over 80,000 paying users in 2020, Asana is poised to put up a strong fight against rivals like Atlassian’s dual-threat Jira and Trello, or its closest competitor, Smartsheet. Moskovitz’ software has scored some significant accolades—it’s an award-winning positive workplace boasting high-profile clients like Uber and Spotify and has been rated highly in industry publications like PC Magazine. Better yet, Asana projects a potential total addressable market near $32 billion, and Moskovitz believes it currently has a mere 3% market penetration.
According to a new report by Grand View Research, Inc., the global productivity software market could reach beyond $100 billion by 2027, more than double the current numbers.

Once the “youngest self-made billionaire,” Moskovitz has matured during his time atop Asana. Co-founder Rosenstein stepped into an executive board role in 2019, leaving Moskovitz as the CEO and figurehead of the growing company. At 36, his net worth is an impressive $17 billion, a fortune bolstered by his estimated 2% stock in Facebook. With the remote work revolution fueling its growth, Asana is on a trajectory to keep Moskovitz amidst the elite in Silicon Valley.