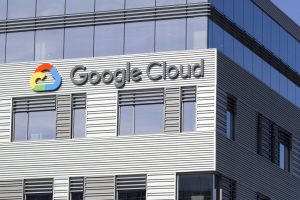 To an outside observer, all indicators pointed to Google handily losing the cloud computing game. With a single-minded emphasis on engineering above all else, Google’s cloud computing division was turning out next-level specialized technology… and it was losing money hand over fist to Amazon and Microsoft.

Then, in 2018, Google Cloud took a big step toward securing its future by recruiting a figure from its past: longtime Oracle mainstay Thomas Kurian.

A colorful figure with a reputation for old-school business savvy, Kurian has shifted Google Cloud’s priority from a relentless pursuit of cutting-edge engineering to increased profitability. In his tenure as chief of the division, Kurian has pulled Google Cloud vigorously into the world of sales, doubling salaries for enterprise sales executives and forging new strategic partnerships across the sector.

By all metrics, Kurian’s strategic shift has completely turned around the sagging cloud computing unit. After only two years with Kurian at the helm, Google Cloud’s revenue doubled, growing faster than its parent company. And even during the heart of the Covid-era hiring slowdown, Kurian added nearly twenty thousand employees to his division.

It’s worth pointing out that while Kurian’s leadership has righted the Google Cloud ship, it’s still premature to declare victory for Alphabet. Google has gained in its share of the infrastructure cloud services market, but at 9% market share it still considerably lags behind Microsoft (20%) and Amazon (33%). Despite gains in revenue, Google Cloud remains billions in the hole, posting losses in 2020.