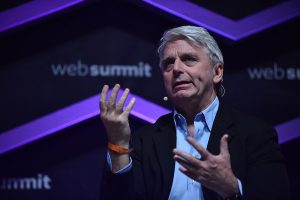 As the video game software development company Unity Technologies enjoys success in sales and stock price, Chief Executive Officer John Riccitiello has become the industry’s newest billionaire. Unity makes a leading cross-platform video game engine that is popular with independent developers and high-profile studios alike, and after unveiling an impressive third quarter 2021 revenue of $286.3 million (which is up 43% from 2020), the company’s stock has seen a welcome, if surprising, surge. Thanks to his 3.5 million shares in Unity, Riccitiello has seen his fortune grow to an estimated $1.4 billion—and along with it, a bit of redemption from his high-profile 2013 exit from Electronic Arts.

To add to the company’s momentum, Unity has announced its largest acquisition to date—Weta Digital, the digital visual arts studio co-founded by filmmaker Peter Jackson. Based in Wellington, New Zealand, Weta Digital has helped create visual effects for “The Lord of the Rings” trilogy, among many more successful films, but Riccitiello has other plans for the rich well of talent and technology. He hopes to democratize Weta’s cutting-edge VFX tools to a world of developers using Unity’s software, as well as help the company build its own “metaverse” and other virtual gaming platforms. Although he took the hit for EA’s failures nearly a decade ago, Riccitiello has found his way to the next level of his own game.