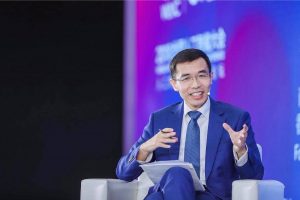 Chinese artificial intelligence professor Tang Xiaoou is on the brink of becoming an inconspicuous billionaire now that Sensetime, China’s largest AI company, has filed for an IPO in Hong Kong. Tang, who cofounded Sensetime in 2014 with two of his Ph.D. students, now serves as an executive director for the company. He’s also its largest individual shareholder, owning anywhere between 21-27% of the company according to some estimates. One recent pre-IPO funding round valued Sensetime at $10 billion, while others expect the company’s valuation to increase to at least $12 billion by the time the stock goes public.

Sensetime is a developer of AI technologies including facial recognition, object detection, video analysis, autonomous driving, and remote sensing for a variety of industries from healthcare to entertainment. Its software is used by both China’s public sector and its government, which utilizes Sensetime technologies for everything from monitoring traffic conditions to ensuring mask wearing during COVID-19 restrictions. The company has also been tasked with setting facial-recognition standards for other developers in China. As executive director, Tang oversees the company’s research strategies when he is not teaching at the Chinese University of Hong Kong. The company was added to the U.S.’s Entity List in 2019 amid trade tensions between the United States and the PRC.