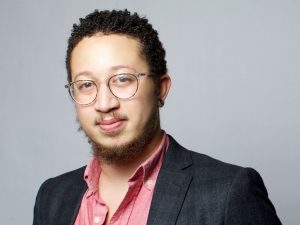 Cisco’s new focus on cloud-native and open-source technologies has come to a head with the hiring of Stephen Augustus. Augustus will become the company’s first Head of Open Source.

Cisco brought on Augustus as an Engineering Director and Head of Open Source within its emerging technologies and incubation business. That group has a range of goals, including solving the full-stack connectivity challenge enterprises are faced with. It’s “the whole idea of being able to help customers connect, secure, and automate to accelerate their digital journey,” Augustus said.

Augustus is an active leader in the upstream Kubernetes community. He currently serves as a Special Interest Group Chair (SIG Release, SIG PM), a Release Manager, a subproject owner for Azure, and a Program Committee member for KubeCon 2019 (Barcelona, Shanghai, and San Diego). He has served on the Kubernetes Release Team for multiple releases and established the new Release Managers group.

Prior to joining Cisco, Augustus led the Cloud Native Developer Strategy team at VMware, driving meaningful interactions between internal teams and the Open Source community, advocating the use of Cloud Native solutions and hacking on tools that make life easier for developers and operations personnel.

Augustus’ hiring also signals a bigger move into cloud-native and open-source technologies and software. Earlier this year, the company also acquired Kenna Security, a vulnerability risk management firm, and will use its technology as part of SecureX, Cisco's cloud-native security platform for integrated visibility of devices on the network that comes with Cisco products.

Cisco also announced new ways it is helping customers accelerate digital transformations as they move more resources to the cloud. These announcements included the introduction of the Cisco UCS X-series.

Cisco’s Unified Computing System™ (UCS) is used in data centers by more than 50,000 customers worldwide. Fully integrated with Cisco Intersight, UCS X-Series is a first-of-its kind system designed for hybrid operations from the cloud and across the clouds.