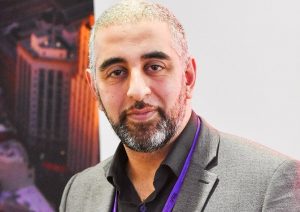 Cybercriminals have gotten much more sophisticated over the years, partnering with other hackers to have a greater impact. Those efforts to forge alliances will be on full display in 2019, as the criminals launch more coordinated attacks.

That’s just one of the threats facing companies across the globe if McAfee’s predictions for 2019 prove true. The cybersecurity software company warned cybersecurity professionals will be busy next year with cybercriminals creating more partnerships to increase the number of threats. After all hidden hacker forums and chat groups that provide malware, exploits, botnets, and other illegal services are exploding, arming criminals with varying experience and sophistication with the tools to launch attacks.

“In 2019, we predict the underground will consolidate, creating fewer but stronger malware-as-a-service families that will actively work together. These increasingly powerful brands will drive more sophisticated cryptocurrency mining, rapid exploitation of new vulnerabilities, and increases in mobile malware and stolen credit cards and credentials,” wrote McAfee in its 2019 Threats Prediction report. “We expect more affiliates to join the biggest families, due to the ease of operation and strategic alliances with other essential top-level services, including exploit kits, crypter services, Bitcoin mixers, and counter-antimalware services.”

In addition to more coordinated attacks by hacker groups, McAfee predicted in the New Year malware, particularly ransomware, will take advantage of the vulnerable remote desktop protocol to infect systems across the globe. As it stands, McAfee said most underground hacker groups advertise the remote desktop protocol for purposes other than ransomware but ransomware-as-a-service models will start to take advantage of the protocol. “Attackers find a system with weak RDP, attack it with ransomware, and propagate through networks,” warned McAfee.

The cybersecurity firm also cautioned malware related to cryptocurrency mining will become more advanced in 2019 with hackers using it to choose which digital currency to mine on the victim’s computer based on the processing hardware of the PC and the value of the currency at that moment in time.  Mobile malware is also expected to become a topic of these underground hacker networks, with most of the focus on Android devices. And it could deliver a big payoff for the bad guys. McAfee said that the value of exploiting the mobile platform is underestimated. “Phones offer a lot to cybercriminals given the amount of access they have to sensitive information such as bank accounts,” said the company.

The misinformation campaigns of the 2016 election and 2018 midterms haven’t been lost on hackers either. With social media now a regular part of our lives for more than a decade the cybercriminals are going to use it more for financial gain in the New Year. Same with Internet of Things devices in the home. “One thing is certain: Our dependency on technology has become ubiquitous. Consider the breaches of identity platforms, with reports of 50 million users being affected,” wrote Raj Samani, Chief Scientist and McAfee Fellow in the threat assessment report. “It is no longer the case that a breach is limited to that platform. Everything is connected, and you are only as strong as your weakest link. In the future, we face the question of which of our weakest links will be compromised.”