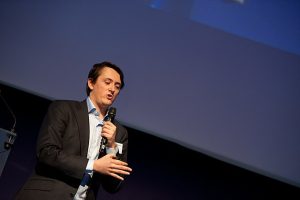 Data intelligence software company Collibra has raised $250 million in a Series G funding round at a post-money valuation of $5.25 billion—effectively doubling its valuation from last year. Collibra provides data governance tools to help enterprises locate, access, understand, and analyze their data with the Collibra Data Intelligence Cloud Platform. The company’s new late-stage funding eclipses their previous two rounds, which raised more than $210 million over the last two years. Collibra plans to use the new funding to double its workforce of around 900 employees by 2023.

Founded in Belgium in 2008, Collibra competes with tech corporations like Microsoft and Snowflake in the data analysis field, which is subject to a growing number of regulations, particularly for data privacy. The emphasis on cloud computing and data governance has swelled alongside overall digital adoption and transformation across sectors, the acceleration of which is in part a result of the COVID-19 pandemic. Collibra plans to continue its growth trajectory, which it may catalyze with future acquisitions on the way to eventually launching an IPO. The company already boasts a number of high-profile customers, including Twitter, AWS, AstraZeneca, and Google Cloud.