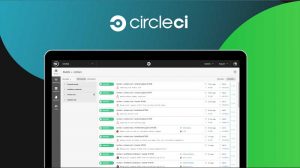 CircleCI is the San Francisco-based startup that offers a platform for third-party developers to build software and automate testing and deployment to speed up the process for its customers. Founded in 2011, CircleCI offers a continuous integration and delivery (CI/CD) platform. Continuous integration refers to code changes to an app that are regularly built, tested, and merged to a shared repository. It builds on the benefits of continuous delivery — which is the ability to get new features, configuration changes, bug fixes, and experiments into production — by automating the next stage in the pipeline.

Over the last few years, CircleCI has gone from servicing small startups to large enterprises like Facebook, Spotify, GoPro, and Instacart. Now the company has announced it has raised $100 million in a Series F funding round, bringing the company’s valuation to $1.7 billion. The newly minted unicorn has now raised a total of $315.5 million since 2011.

“This new capital will allow us to double down on our focus: offering a best-in-class CI/CD platform to increase developer productivity,” said Jim Rose, CEO at CircleCI. “It also opens doors for business growth opportunities in three areas that we see as the next frontier of software development: continuous validation, data and insights, and managing software complexity.”

The round comes as CircleCI announced its acquisition of the Amsterdam-based release orchestration platform, Vamp. This development further propels the CI/CD provider to help the world’s engineering teams automate software delivery at scale.

Part of what the Vamp acquisition will enable is CircleCI's vision to further capitalize on its network effect and shared ecosystem of builders to generate insights and data for developers. The Vamp acquisition is the company's second since it acquired Distiller in 2014, and it also brings CircleCI into the Netherlands, which will be its fourth international hub following Tokyo, Toronto, and London.