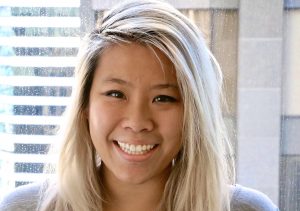 For Expensify’s Head of Marketing Joanie Wang, true leadership comes from treating the people she works with the way she would want to be treated.

It’s a set of values that she notes is shared by Expensify’s executive team, and she believes that this approach to leadership is responsible for the expense management software company’s high level of efficiency and innovation.

“CEO David [Barrett] and Director of Strategy and Marketing Ryan [Shaffer] have exemplified a similar type of leadership from the top,” said Wang in a recent interview with The Software Report. “The effects it’s had on flattening the organization [and] removing traditional hierarchical barriers…has resulted in increased productivity and spread responsibility from a few to many people across the organization as everyone contributes and feels ownership in what they’re working on.”

The growth that Expensify has experienced during Wang's tenure as Head of Marketing serves to support this approach. Since joining the firm in 2014, Wang has spearheaded Expensify's growing digital presence and has helped transform the platform into the most well-known expense management system in the sector. She attributes much of this success to her willingness to embrace "unconventional means," such as organizing the first ExpensiCon in Hawaii ("the industry's first all-expenses-paid thought leadership conference") and leading up Expensify’s upcoming advertising campaign, which will debut over the next couple of weeks and culminate with a Superbowl ad.

Wang’s enthusiasm for taking an unorthodox approach to marketing and outreach stems from her prior professional experiences. In a previous role at her former company, Wang had been tasked with developing and growing partner relationships but was stuck with an executive director who wouldn’t cede control over his contacts. Wang was forced to be inventive: “I did as much as I could to form new relationships through other means — cold outreach, networking through mutual contacts, meeting new people in the industry at events, and expanding my local network through community service. As a result, I was able to start conversations and expand our brand recognition while growing our partner network.”

These experiences are reflected in the advice that Wang would give to the next generation of women leaders in technology: that it’s “so much easier and more fun” to work as a member of a team. Wang notes that this means both finding a mentor to provide guidance and seeking to help more junior colleagues cultivate their own skillset. Of course, Wang acknowledges that company culture affects how successful this approach can be, so she recommends that emerging female technology leaders seek out those firms “that reward teamwork, consistent results, and raising your hand.”