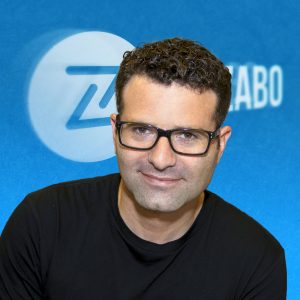 For Bizzabo chief executive Eran Ben-Shushan, getting the culture right is extremely important to have a highly functioning, productive team. With offices in New York and Tel Aviv, without a common culture and value system, the company wouldn't be working toward the same goal.

It's the reason Ben-Shushan is always focused on improving the company’s culture and values.  “We are constantly working to define and maintain our company culture and values by always revisiting our Bizzavalues project and holding open forum discussions to see how we can improve,” said Ben-Shushan in a recent interview with The SaaS Report. “At Bizzabo, we understand that our biggest asset is our people. We place a large emphasis on recruiting people who are a great cultural and professional fit and never compromise on the quality of a candidate just to fill an open position.”

Ben-Shushan’s belief in culture and values was honed during his experience as an officer in the Israeli Air Force. That taught him to always be prepared, both physically and mentally and to always start a project with a plan but still be open to change. “In a military context, some situations can become highly unpredictable. But, as leaders, we are forced to improvise and make difficult decisions on the spot. These situations have taught me to appreciate teamwork and camaraderie,” said the CEO, noting he brings that to work on a daily basis, constantly asking for feedback of his leadership style. The last thing he wants to do is operate in a bubble and recognizes he is only as good as the team around him. It's the reason Ben-Shushan chooses to surround himself with coworkers and mentors that push him to become a better CEO.

The executive of the fast-growing event success platform company, also realizes that it's easy to lose the rationale behind business ideas when you are in growth mode and as a result tries to be as transparent as possible with his staff. Explaining the why behind the business decisions during a weekly all-hands meeting or via company-wide emails not only creates open discussions between teams but boosts productivity. “We lead by example and have an open-door policy to encourage Bizzaboers to give feedback at any time,” said Ben-Shushan. “We build trust by encouraging an open flow of communication at all times. We keep in mind that establishing trust in the workplace takes years to build and only a moment to crumble. “

Ben-Shushan knows first hand how being transparent can breed loyalty. A few years back when Bizzabo had just 15 employees and was looking to raise capital it had a choice: let 50% of the staff go or hold off paying salaries until it was able to close another round of funding. Deciding to hold a cross-company talk to figure out what to do, employees were presented with all the facts and options and to the executive’s surprise, many decided to stick around even though they weren’t getting paid. It only served to strengthen the team, unite the workers around the mission and taught the leadership the importance of transparency and unity.

As for advice Ben-Shushan would give to up and coming tech CEOs, he said its to always be open to new ideas and points of views. “There’s no way an individual can survive this journey alone. Make time to build strong relationships with people that can help you grow and never compromise on hiring the right people,” he said. “Build a strong foundation but be prepared for the change and growth to follow.”