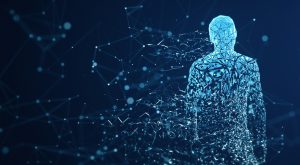 Artificial intelligence has the power to rewrite the future in ways still unknown — but that doesn’t mean we shouldn’t try to figure it out before it’s too late. That’s just one conundrum that Dario Amodei, formerly of OpenAI, hopes to tackle with his new AI safety and research company, Anthropic.

Along with his sister, Daniela, and several more veterans of OpenAI’s research team, Amodei hopes to create large-scale AI projects that are both understandable and manageable, and his new company already has support to the tune of $124 million. Simply understanding the mystery of AI is one significant problem that drove the Amodei siblings to leave OpenAI and strike out on their own. The two previously worked on OpenAI’s GPT-3 — a versatile AI language system capable of everything from answering emails to penning fiction to generating problematic blog posts. With Anthropic, Amodei and company hope to not simply study audacious AI projects, but to understand the how and why behind them and to steer them safely into the datasphere.

Dario Amodei left his role as VP of research at OpenAI late in 2020 after nearly five years with the high-profile AI lab founded by tech magnates Elon Musk and Sam Altman. In its current forms, the larger the AI project, the less comprehensible it is — a less-than-ideal metric for a technology that has always slightly terrified humanity. To that effort, Anthropic intends to combine AI safety research with scaling machine learning models while keeping the societal impacts of the technology front of mind. One problem GPT-3 exposed is a propensity for picking up unknown biases while studying the repository that is the Internet, prejudices that are challenging to trace and explain. Anthropic, a public-benefit corporation, is on a mission to make AI more capable and reliable without risking harm to humanity.

The $124 million in funding is more than many profit-driven startups launch with, and it comes primarily from an all-star lineup of Silicon Valley stalwarts, including Facebook co-founder Dustin Moskovitz, academic and Infotech CEO Dr. James McClave, Skype co-founder Jaan Tallinn, and ex-Google executive Eric Schmidt, all of whom have paved the way for the information ecosystem of today. Anthropic plans to use the funding to turbo-boost its research priorities before taking any concrete steps toward deployment of any new AI projects, but with the excitement of big tech behind their vision, the Amodei siblings are in no rush to put profits over humanity.