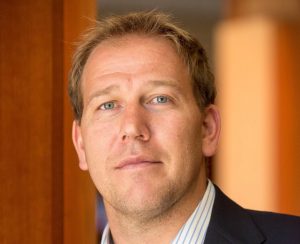 Joe Edgar hadn't put much thought to the real estate software sector until 2014. Even though by this time, he had managed millions in real estate investments and had solid venture capital experience.

Growing up in Chiloquin, OR, a Native American reservation in southern Oregon, Edgar’s family was large and extremely poor. One of 13 children, his father and mother held jobs as a contractor and janitor, respectively, with the kids often joining in where they could help. “What many who don’t grow up in a poor environment don’t understand is that not only are your parents unable to assist you with anything financially, but you carry your parents and many other family member’s debts with you,” he told The Software Report. “It is both a fiscal and a physical cost. College was a mythical idea that meant maybe you could do something beyond the reservation, but we didn’t even know anyone who had ever gone.”

Despite these cultural, fiscal, and familial drawbacks, Edgar was determined to get an education and began saving for his goal early on. “I bought my first investment property at 14 with the money I had saved mowing lawns,” he remembers. After spending 60 days fixing up the place, he flipped the house for a profit. This success led Edgar on an unexpected path, where for the next 8 years he’d flip hundreds of houses putting himself through college while helping his family.

By 2005, Edgar’s real estate holdings were in the millions and he had honed his craft, now developing residential neighborhoods and holding the properties as rentals. “Banks were eager to lend me millions, so I started investing those funds into startup companies,” he says. “This was my introduction to the venture capital industry.”

After the recession hit in 2008, Edgar went back to school, earning his MBA at Cornell. This led to working with the Governor of Texas, Rick Perry where he managed $487 Million in state authority while examining how to encourage economic growth during a recession without depending on oil and gas. Eventually, Edgar would work with the Department of Treasury under the Obama administration.

His sprawling career is no doubt impressive, though, throughout this his passion for grassroots real estate never dissipated. “During this time, I stumbled on the problem facing many DIY landlords,” he explains. “Most of a landlord’s work can be automated, but there was no tool out there for them. While helping states create jobs and new businesses in their areas, I started to work on what became TenantCloud.”

Founded in 2014, TenantCloud is a free cloud-based service for landlords and tenants with tools for online rent collection, communication, rental record keeping, inspections and maintenance requests. Today, the widely-celebrated property management software reaches 500,000 properties in 30 different countries. But it hasn’t always been smooth sailing for Edgar.

“TenantCloud was close to being shut down twice,” he admits. In their early days, Edgar pitched to over 120 investors, and after being rejected by all but one, that one investor changed his mind at the very last minute. Rather than take it as a sign to give up, the Oregan native doubled down. “After already sinking nearly $500,000 into [the company] and even [with] my wife telling me to pull the plug, I decided to dig deeper and continue funding the company.”

The next 10 months were fruitless, though TenantCloud’s team was devoted to seeing things through. “That commitment was the turning point for us. We decided we were going to make this a success, no matter the obstacle,” Edgar beams.

This mixture of tenacity, hope, and enthusiasm paid off. In the last five years, TenantCloud has grown to a workforce of 100 people located across Texas, Utah, Illinois, and Europe. “We were told that bringing a free solution to every-day DIY landlords was impossible at scale, but we have been able to do just that.”

At the heart of TenantCloud’s success is, of course, Edgar whose perseverance has been a common thread throughout his entire life. Viktor Frankl’s Man’s Search For Meaning is a book that sums up his resolve, which also happens to be one of Edgar’s favorites. “So many lessons come from his experience along with many who suffered. It reminds me that no matter what I am faced with, it is nothing in comparison,” he says. “[Frankl] has the best perspective on who we, as people, are and why we should use this time we have to make the best impact we can.”