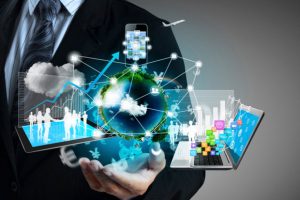 With the rise of digital transformation, global businesses are slowly turning into software companies — no matter what their actual products and services entail. The shift toward digitalization is increasingly placing developers in control over their own fates to determine what tools, technologies and platforms will make their teams successful. As venture capitalist Glenn Solomon posits in a recent Forbes piece, the next generation of enterprise software technology — which he predicts to be a $1 trillion market — could emerge from anywhere in the world, rather than being concentrated in the U.S., creating a new wave of billion-dollar ventures.

There are already several notable developer-focused software companies starting up in all corners of the globe, including JFrog in Israel, currently worth $4 billion, and US/India collaboration Postman, which received a $4 billion valuation this past June. More early-stage ventures around the world, like Ireland’s Evervault and Supabase in Singapore, are already on track to reach billion-dollar value — all driven by developer-focused strategies. While venture capital investors have traditionally focused their funding on U.S.-based enterprise software companies, trends seem to indicate a shift toward global investment. As the coronavirus pandemic proved, countries around the globe are more connected than ever, indicating a strong future for the international enterprise software community.