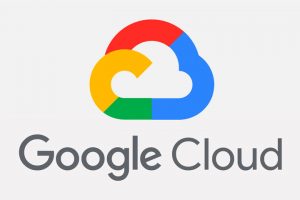 Google is playing catch up to Amazon and Microsoft when it comes to the cloud computing market and could make an acquisition to boost its offering.

That’s according to Wall Street Street firm Wedbush Securities, which in late January speculated that the Internet search giant could buy an enterprise software company to expand its cloud business. According to Wedbush Securities analyst Daniel Ives, who isn’t alone in expecting Google to get more acquisitive in the software market, the appointment of Thomas Kurian as the new head of Google’s cloud business could prompt the company to do more deals. "We could see Mr. Kurian speeding up go-to-market improvements, aggressively pursuing key partnerships, and most likely looking to acquire a meaningful larger cloud platform player," Wedbush Securities analyst Daniel Ives wrote in a research report to clients, which was covered by Investor’s Business Daily.

The call out of Wedbush comes at a time when Google is in third place in the cloud race. Amazon ended the fourth quarter with 62% market share while Microsoft’s Azure platform was a distance second with 20% market share. Google was in last place cornering 12% of the market.

Ives isn’t the only industry watcher that expects more deal-making now that Kurian is heading up Google’s cloud business. The Oracle executive who was in charge of all product development at the software company helped steer Oracle toward the software as a service platform market. He is largely expected to use his experience doing that to drive more enterprise customers Google Cloud’s way.

When it comes to Kurain’s potential acquisition strategy it runs the gambit with some speculating Google Cloud could make a huge buy similar to IBM’s purchase of RedHat. Others think it will only engage in smaller, bolt-on deals.

While Ives didn’t name potential targets there is a growing list that industry watchers and investors are betting could get snapped up. The main ones being bandied about include ServiceNow, Atlassian, and Splunk. ServiceNow makes information technology service management software, while Atlassian makes software for developers, product managers, and content management. Splunk creates software to help companies search, monitor and analyze big data.

Investor’s Business Daily noted that Wall Street firms Piper Jaffray and RBC Capital Markets have previously pointed to ServiceNow as a target for Google. Matthew Hedberg, an analyst at RBC said in a research note in January that acquiring ServiceNow would make sense for Google largely because it gets access to an enterprise salesforce. It would also give Google another “anchor” cloud application platform. ServiceNow wouldn’t be cheap, given it has a market capitalization of $34.4 billion. But with Google’s parent Alphabet sitting on around $100 billion in cash and short term investments a large deal is a real possibility.