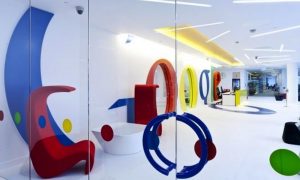 On the first day of the Google I/O developers conference, Google Cloud announced the launch of public access to Vertex AI, a managed machine learning (ML) platform with an aim to ease the development, deployment, and maintenance of artificial intelligence models. The platform requires significantly fewer lines of code to train a machine learning model than leading competitors, enabling developers to effectively build and maintain ML projects. By reducing the lag time in model development and experimentation, the company hopes to aid data scientists in bringing a greater number of ML models to production faster.

The announcement follows the Alphabet Inc. Q4 2020 earnings call in early February, where the company reported for the first time the cost and operating profit of Google Cloud. Reporting revenues of $13.06 billion and an operating loss of $5.61 billion along with strong growth, Alphabet and Google CEO Sundar Pichai indicated the company would invest strongly in the business and continue to grow its sales distribution capabilities, increase the number of channel partners, and expand its cloud regions.

According to Andrew Moore, Vice President and General Manager of Cloud AI and Industry Solutions at Google Cloud, “We had two guiding lights while building Vertex AI: get data scientists and engineers out of the orchestration weeds, and create an industry-wide shift that would make everyone get serious about moving AI out of pilot purgatory and into full-scale production.”

Having access to the AI toolkit used internally to power Google will provide businesses leveraging Vertex AI with the ability to utilize the computer vision, language, conversation, and structured data platforms continuously enhanced by Google Research to develop and deploy more useful AI applications faster than before.

With some major companies like Essence and L’Oréal already utilizing Vertex AI to continuously improve their ML workflows, the new launch of Vertex AI appears to indicate Google’s continued focus on its cloud offerings, giving businesses access to a powerful array of tools that will enable them to move ML models from development to production much faster, discover patterns and anomalies more efficiently, make improved predictions, and better adapt models in the face of an ever-changing business world.