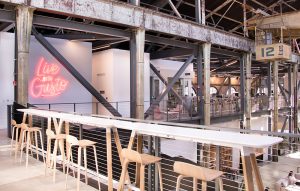 The key to success, Josh Reeves believes, is to track down some really ticked off people and find a way to make their day. As co-founder and CEO of Gusto, Reeves knew that he was going up against industry giants that had been in the HR game for ages and really needed to find an angle.

“Our biggest competitors, ADP and Paychex, were founded in 1949 and 1971 respectively, well before the internet,” Reeves said in an interview. “As a result, their focus throughout their decades of existences was compliance and reputation. We knew that modern, delightful experience design would be key to disrupting our industry.”

While the big guys were busy serving even bigger businesses, it was the very forgotten and frustrated little guy that represented the in that Gusto needed. “Tailor your product to a pissed-off customer segment,” Reeves advised. “Delight them in places where they’re use to pain. Win loyal promoters who’ll stick with you through the ups and downs and refer others.

With that in mind, they set out to tame the wild payroll beast and succeeded. Joshua Reeves, Edward Kim and Tomer London founded what was then known as ZenPayroll in 2012. As graduates of the top start-up accelerator Y-Combinator, the company made their product debut with their cloud-based business payroll services geared towards small and medium sized businesses. The happy ending? They promised to deliver like Enterprise-grade goods but without the serious set-up – and even more serious price tag – attached to it.

At the time of launch, Gusto courted funding suitors ranging from traditional institutions to over a dozen tech-startups and their CEOs keen to get in on the ground floor. Raising a record-breaking $6.1 million in their seed round, it was the largest in Y Combinator’s history and a harbinger of things to come. In 2015, the became members of the billion-dollar unicorn club after they successfully raised another $90 million in series B funding led by General Catalyst and CapitalG.

They brought the complicated process of paying people into the 21st century with their SaaS services and haven’t looked back since. Gusto can handle all the standard functions of adding employee hours, overtime pay, bonuses, reimbursements and other assorted tasks. It also routinely calculates and electronically files payroll taxes to the federal and state governments as well as notifies the state of new employees.

Where Gusto really shines is with their long-term tracking and management tools for both employees and employers. Employers can access a web-based platform to view upcoming tasks and important dates, view previous payroll cycles and employee pay stubs and track vacation and sick days. Employees haven’t been left out, however. Gusto has a web portal for employees to view and make changes to pertinent information such as payment settings, personal and financial details and pay and benefits data. The have ongoing online access to their historical records – even after changing employers.

“At Gusto, we are all about delighting small businesses,” Reeves said about his company.