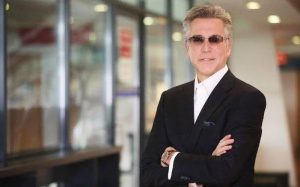 In October 2019, ServiceNow's then-CEO, John Donahoe, stepped down from his position to join Nike as their new President and Chief Executive Officer giving way to Bill McDermott to take the reins.

Since joining, McDermott has delivered a winning quarter for investors, which saw the company’s share price jump to its highest-ever rate at $341 a share. And the former SAP CEO has no plans on slowing down.

“I'm truly fired up to lead the next phase of ServiceNow's journey, as we scale to $10 billion in revenue and beyond,” he said in a statement. “We will accomplish this by delivering exceptional business value to our customers. We will do so across every geography, every industry, and of course, every buying center. We will continue to create workflows that deliver great employee and customer experiences.”

Prior to McDermott’s appointment, ServiceNow was a horizontal vendor, predominantly merging with companies offering similar products and services with the same level of production. “Our partners tell me they see ServiceNow as the cross-platform integration engine of the modern enterprise,” he said. “Going after industry verticals and building strong partner relationships will force multiply ServiceNow's coverage by 10x.”

The company, which started as an IT service platform, has since evolved offering customer service and human resources.

Meanwhile, the newly minted CEO also plans to drive the company’s growth while becoming the trusted innovator for the C-suite. "This starts with our brands making every C-suite leader aware of ServiceNow and what we can do for them," he added.

McDermott also has a renewed interest in expanding partnerships with Deloitte in banking as well as Accenture in telecommunications. ServiceNow also hopes to develop 5G facilities and workflows for telecom companies.

It should come as no surprise that McDermott is renowned for his sales-driven methods which will be handy as ServiceNow attempts to achieve $10 billion in annual sales. As the executive moves forward, he also hopes to develop teamwork within the company. "It happens with trust, collaboration, and communication at mass scale," he says. With over 10,000 employees, ServiceNow looks to its team to propel its way into the future.