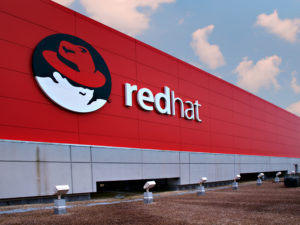 Red Hat, the open source software company, is selling itself to International Business Machines in a $34 billion deal that will enable it to expand in the cloud infrastructure market.

Last week IBM and Red Hat announced the $190 a share deal, with IBM’s Chief Executive Officer Ginni Rometty calling it a game changer that “changes everything about the cloud market.” According to IBM with the purchase, it will become the leader in the hybrid cloud market.

“Most companies today are only 20 percent along their cloud journey, renting compute power to cut costs,” said Rometty in a press release announcing the deal.  “The next 80 percent is about unlocking real business value and driving growth. This is the next chapter of the cloud. It requires shifting business applications to hybrid cloud, extracting more data and optimizing every part of the business, from supply chains to sales.”

IBM And Red Hat Have Been Partners For Two Decades

IBM and Red Hat have been partners for about two decades with IBM an early supporter of Linux, working with the open-source software company to help develop and grow enterprise-grade Linux and more recently bring hybrid cloud services to enterprise customers. The two said they would continue to build upon and expand partnerships Red Hat has on the books including with Amazon Web Services, Microsoft Azure, Google Cloud, and Alibaba, among others.

IBM said the deal will accelerate its revenue growth, gross margins, and free cash flow within twelve months of its closing and that it supports a growing dividend. The Armonk, New York technology company did note that it plans to suspend its share repurchase program in 2020 and 2021. “IBM’s commitment to keeping the things that have made Red Hat successful - always thinking about the customer and the open source community first – make this a tremendous opportunity for not only Red Hat but also open source more broadly,” said Paul Cormier, President, Products and Technologies, Red Hat in the same press release.

Red Hat Gave Others A Chance To Bid

News of the deal with IBM sent shares of Red Hat surging as investors speculated rival bids could come its way. Shares of Red Hat were recently trading at $169, below the $190 a share takeout price. The stock is up more than 35% so far this year. Despite the speculation about rival bids, CNBC, citing people familiar with the matter, said Red Hat held discussions with all of the other logical buyers including Google but nothing came of it. CNBC noted that Google had expressed interest in acquiring GitHub, the software development platform that Microsoft recently acquired for $7.5 billion. Red Hat Chief Executive Jim Whitehurst told CNBC that none of the discussions progressed as far as the IBM talks did. 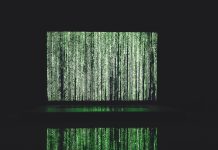 How SaaS Companies Can Survive Their First Recession