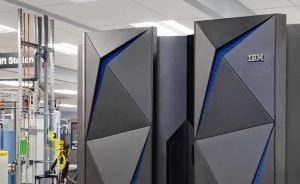 Mainframe computing is about to be launched into a new era of security and resiliency, at least for users of the IBM Z operating system.

Perhaps most important for clients utilizing large SMS-managed data sets for decision-making, IBM Z 2.5 has expanded its pervasive encryption capabilities for heightened security in an era of high-profile cybercrime. The operating system has also been equipped to better detect and isolate data anomalies with tools including JES2, Runtime Diagnostics, and Workload Manager.

Broadly speaking, this update represents a significant step forward in what is still positioned as a critical part of the business world. According to a study by the IBM Institute for Business Values, mainframe-based computing is considered essential by nearly three quarters of executives, and the businesses using hybrid cloud-driven mainframe assets is expected to double in by 2024.