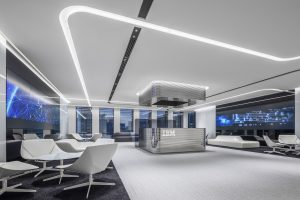 IBM has unveiled some details about its new Telum Processor, the central processor chip for the next generation IBM Z and LinuxONE systems. The Telum is the tech titan’s first to contain on-chip acceleration for artificial intelligence inferencing during a transaction, the company revealed at the recent Hot Chips conference. The Telum and its acceleration capabilities are designed to prevent fraud in real-time, as well as provide business insights at scale across banking, finance, training, insurance, and customer interactions. The super-powered microprocessor is a sign that IBM is committed to innovating in the AI ecosystem, offering next-gen hardware with great long-term potential.

According to IBM, the Telum will allow users to conduct high-volume inference without off-platform AI products and services that can impede performance. The technology should be especially useful for banking institutions that are perpetually threatened with potential fraud and losses—especially with its promise of easy scalability. IBM plans to release Telum-based computer systems during the first half of 2022, allowing clients to build and train AI models off-platform and deploy and infer on the enabled machines. The chip is the first one created by the IBM Research AI Hardware Center based in Albany, New York.