Home Features In 2022, Meta, Apple, Alphabet, And Microsoft Will Take The Metaverse To... 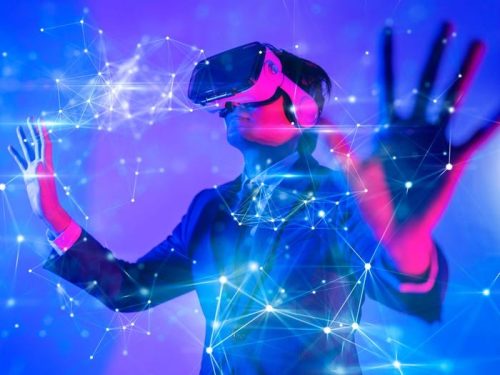 In 2021, the general public was introduced to the concept of a “metaverse”: the virtual-reality space where users interact with each other within a digital ecosystem. It’s a concept that resembles the VR future envisioned years before the World Wide Web was ubiquitous, and its public development was kicked into high gear with the announcement of Facebook’s corporate rebranding as Meta. However, other companies, including fellow big tech titans Alphabet, Apple, and Microsoft, have been working behind the scenes for years to make the metaverse a reality, and 2022 could be a watershed year for the VR software and hardware that will power it.

Meta Platforms (formerly Facebook) has the advantage of already having VR hardware on the market, with the Oculus Quest 2 boasting a 35% market share in the category. Its next device, which is being developed under the name “Project Cambria,” will offer better integration with mixed reality (MR) environments. In 2021, Microsoft sold its HoloLens hardware to the United States Military, which plans to initiate field tests later in 2022, but it’s unsure when the tech will be available for mass consumers. Google tested the waters with its Glass hardware in 2013, to little success, but the company is quietly developing its next VR technology — presumably, powered by its Android operating system. As far as Apple is concerned, the company is keeping any VR headset development under wraps, but once the company is ready to release metaverse-ready hardware, it will likely shake up the entire ecosystem.