When Shiv Nadar founded HCL Technologies in 1976, he planted the seeds for an entire industry that would fuel India’s growth for decades. In 2020, his daughter Roshni Nadar Malhotra took the reins of her father’s company as chairperson and inherited the responsibility for a $40 billion information technology empire—also becoming a billionaire herself in the process. As the first woman to head a listed Indian IT company, Malhotra has shot up the Forbes World’s 100 Most Powerful Women list, where she ranks #55 as of 2021. She now boasts a net worth of $4.9 billion.

Although she grew up within the global tech industry, she was initially drawn away from her father’s business. After stints as a news producer for Sky News UK and CNN America, Malhotra joined HCL in 2013, serving in several non-executive roles as she learned the ins-and-outs of the multinational services and consulting company she would eventually lead. HCL is truly a family business—her husband Shikhar Malhotra serves as an executive director and board member. Now, in addition to her role as chairperson of HCL, she is also a trustee of the Shiv Nadar Foundation and the driving force behind VidyaGyan, a leadership academy for the economically underprivileged and exemplary rural students of Uttar Pradesh. 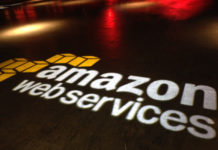