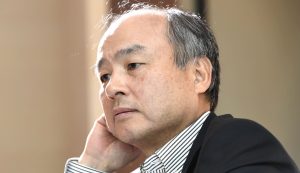 SoftBank has reportedly been making the rounds to raise capital for a second mega-fund and some of the world’s biggest money managers may be thinking twice before committing.

Saudi Arabia’s Public Investment Fund (PIF) wrote SoftBank a $45 billion check for their first Vision Fund – making it the biggest backer of the Japanese tech giant’s investment endeavor. Reportedly, the royal family has indicated that they would not be making a similar commitment to a second fund. Likewise, the Canada Pension Plan was also likely to limit their investment with a second fund or not make one at all.

As to why some of the world’s biggest money managers are choosing to pass on Vision Fund 2.0 are a matter of some speculation. Those familiar with the situation have stated that some are in the midst of creating their own investment vehicles. Part of this may stem from these investors’ desire to make their own late-stage investments and cut out costly management fees and give their fund managers more control.

Others have pointed to the Vision Fund’s lack of transparency and concerns over how those investment decisions are made. Smaller investors who may benefit from SoftBank’s access to certain opportunities remain reluctant to rely on the sole discretion of one individual – SoftBank’s CEO Masayoshi Son – to steer the future of their capital commitments.

In addition, the $100 billion-dollar fund came under scrutiny last October after Crown Prince Mohammad bin Salman, the kingdom’s de facto ruler and the PIF’s Chairman, was strongly linked to the brutal murder of middle-eastern journalist and Saudi dissident Jamal Khashoggi. As the fund drew criticism for its $45 billion connection to the royal family, there is speculation that this tie with ‘tainted money’ has made investors less likely to contribute to a future fund.

According to people familiar with the matter, Softbank has recruited Cantor Fitzgerald L.P. to court investors to the fund. Part of their strategy involves introducing Softbank to new institutional investors – some of which took place in Singapore at the beginning of June. Talks with other investors are reported to be ongoing regarding large contributions from them.

Softbank has stated they could contribute $50 billion in cash and other assets to the fund but the currently cash-strapped company is struggling under a heavy debt load and Sprint’s stalled-out merger with T-Mobile. Son has been trying to sell Sprint to T-Mobile but antitrust concerns has led the Department of Justice to take a second look at the potential purchase.

The Vision Fund denies the claims that Vison Fund 2.0 is not being well-received by investors, stating they were “misleading and even inaccurate.”