Home Companies Leading API-Tester Postman Raises Its Value Above $5 Billion in Its Latest... 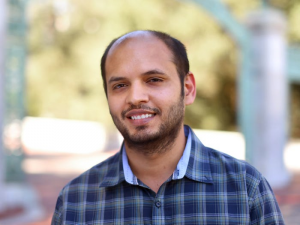 Postman, a San Francisco-based collaboration platform for application programming interface (API) development, is now the one of the most valuable unicorns in the SaaS business. This comes after the company raised $225 million in a Series D fundraising round, which gave it a valuation of $5.6 billion. Last year, Postman achieved unicorn status with a Series C round that valued the company at $2 billion. The Series D is led by existing investor Insight Partners, with participation from other previous investors Nexus Venture Partners and CRV, and new investments by Coatue, Battery Ventures, BOND, and others.

The company was founded in Bengaluru, India, in 2014 by Abhinav Asthana, Ankit Sobti, and Abhijit Kane, who continue to run the highly successful venture. With its new valuation, Postman is the most valued SaaS established by Indian founders. The company serves more than 500,000 organizations, including a majority of the Fortune 500 list. Led by Chief Executive Officer Asthana, the company says the new funds will help it expand sales, marketing, product, and engineering teams. Postman’s platform makes it easier for developers to create, share, test, and document APIs, ensuring they effectively connect an organization’s software and systems.