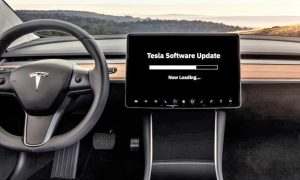 Electric vehicle leader Tesla closed out the month of July with a major software update for its fleet of vehicles. Unlike routine software updates pushed to Tesla vehicles with periodic security updates or minor tweaks to the car’s UI, update 2021.24 boasts over half a dozen notable additions to the vehicle’s software.

Some of the advancements bundled into the new update improve Tesla’s already considerable safety features. The Tesla integrated dashcam system, for example, now automatically saves all clips recorded during safety events such as collisions or airbag deployment, removing the need for drivers to manually save these events. And in a move that has been requested by Tesla drivers for years, the cars’ mirror auto-dim feature can now be manually toggled in the control panel.

The most celebrated change implemented by this update, however, is one related not to driving but to family entertainment: as of this update, the Disney+ streaming service has been included in the vehicle’s popular Tesla Theater app. Usable only when a Tesla vehicle is parked, Tesla Theater already boasts YouTube and Netflix functionality, and the addition of another major streaming platform represents continued outgrowth in the mobile entertainment world.

Although these three inclusions may be the ones most valued by customers, the current Tesla software update includes a variety of other useful additions for Tesla owners, from expanded language options to improved Wi-Fi connectivity to a new Car Wash Mode.