Home Companies Microsoft Buys Activision Blizzard In A Bid To Compete In The Future... 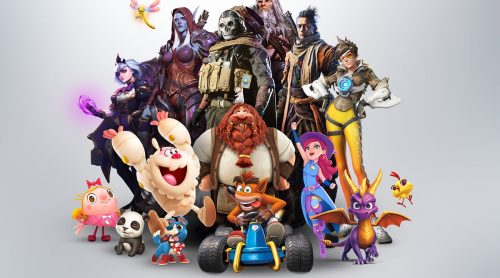 Computing giant Microsoft is making its biggest financial bet yet, acquiring the embattled video game powerhouse Activision Blizzard for nearly $70 billion in cash. The substantial purchase, Microsoft’s biggest since its $26 billion acquisition of LinkedIn in 2016, instantly places the company in the top-3 of the gaming industry alongside Tencent and Sony. Activision Blizzard is responsible for developing some of the most popular and successful video game titles of all time, including series like Call of Duty, Guitar Hero, and World of Warcraft, as well as mobile games like Candy Crush. However, the gaming company has been going through some controversy, including a current lawsuit alleging employee discrimination and workplace harassment.

With more than 3 billion active gamers around the world, interactive entertainment is already a lucrative industry. With Web 3.0 and the metaverse on the horizon, Microsoft is making a calculated effort to compete with other companies in the mobile, PC, and virtual reality spaces. The company already is a powerful player in the gaming industry, with its Xbox series of consoles among the most popular of all time. With the addition of Activision Blizzard, Microsoft hopes to accelerate its mobile, PC, console, and cloud gaming as well as prepare for the mainstream adoption of the metaverse.