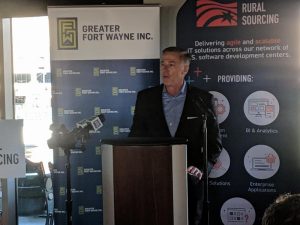 Growing up in a two-stoplight town in Mississippi, Monty Hamilton always felt like he had something to prove. He had dreams of playing football in college, and subsequently threw himself into a rigorous academic program.

"I was intimidated by really smart people who clearly were well-read, more intelligent, and had far better educations [than me]; however, I learned that with hard work and a little bit of personality I could compete," he told The Software Report.

This pattern would play out time and again throughout Monty's life, and would end up bringing him to where he is today. "A humble background has led to a broader perspective of humanity," he concedes. "I think it makes you more approachable and less enamored with titles."

As the Chief Executive Officer of Rural Sourcing, the leading domestic IT outsourcing provider, Monty has led the company's strategic direction. This is his second entrepreneurial startup venture following his departure from Accenture in 1995. He credits his time at Accenture as laying the foundation for his future endeavors. There, he learned that hiring "smarter people than me, delegating and trusting them" was the key to success.

This ability to put aside his ego and prioritize success is at the heart of what makes Monty a great leader and entrepreneur. The executive is inspired not just by one person, but by the magnitude of everyone that has made an impact on his professional and personal life. "I'd be remiss in naming just one person, but the ones that had the most impact on me were the ones in retrospect that clearly saw something in me before I did, including my wife," he says. "They gave me their time, their support, and most importantly their confidence before I earned it. The thing with confidence—when you give it away to other people you get the privilege of seeing it grow in them."

Ultimately, Rural Sourcing has enjoyed the fruits of his labor. Monty has continued to instilled confidence throughout his workforce, and in turn grew a simple idea into the U.S. leader in domestic outsourced software development.

"I am particularly proud of the way we have scaled the business," he explains. "This is measured in the success of our clients and the number of jobs we have created across our six development centers. Not only are we providing world-class software development, but we are also building up American communities and providing an alternative to the expense of traditional tech hubs." Independent studies have shown that for every job Rural Sourcing creates, it also produces at least one more within the community. "We have seen our efforts of investing in downtown areas become the catalyst for other entrepreneurs and other investments in midsize cities," he notes.

It goes without saying that Monty is a formidable executive, even though he's the first to admit that personal challenges have shaped him into the person he is today. When his first child was diagnosed with Fragile X, a genetically inherited disorder characterized by mild to moderate intellectual disability, Monty and his wife were devastated. "At the time we felt like we were on this high-speed yellow brick road of happiness filled with rainbows and roses and then the whole road [felt like it had] blown up at our feet and we couldn't fix it."

What followed was admittedly a brief moment of self-pity and soul-searching which ultimately led to peace and clarity. "It has allowed us to meet the most inspiring, most wonderful people that we may have never had the chance to meet otherwise. It's like getting detoured from your original well-planned path only to realize that the byways and side roads were the most special part of the journey." Monty views even the negative experiences as opportunities to hone his leadership style. "I view my whole life as a lead-up to preparation for this leadership role."

When he's not working, the CEO finds time to relax with his family by traveling to his favorite vacation destinations. "We have had just some great family vacations to some really special places like South Africa and Costa Rica; however, those come few and far between the times when I need to recharge the batteries," he admits. At the end of the day, he's happy to settle for some family time with his wife and kids. "When our kids were young we spent a lot of time in Seaside, Florida which at the time was still somewhat quiet and quaint. It, like our kids, has grown up considerably. But anytime we can get away to the beach to kick back and maybe fish a bit is special." 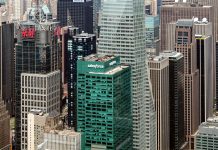 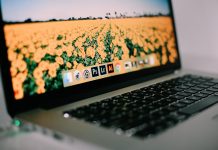