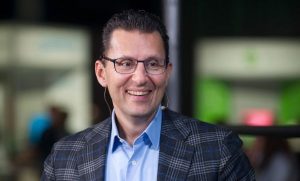 Just five months into his tenure as CEO of Intuit, Sasan Goodarzi is battling against New York Governor Andrew Cuomo who has called for an investigation into the company’s handling of its free tax filing product. According to people familiar with the matter, Intuit had agreed with the IRS to create a fee version of its product for tax filers making less than $66,000 a year. If it did so, the IRS would not create its own free tax filing product, which it was planning on doing.

But tech companies are clever and they like making money, lots and lots of it. So it’s conceivable that Intuit had suppressed visibility of the free product in favor of directing prospective consumers to its paid solutions. While the investigation has yet to produce evidence of Intuit’s wrongdoing, nonetheless it’s a public relations event that has impacted the company’s reputation to some degree, whether or not proven guilty. These days tech companies are in the hot seat and the public is not easy to forgive.

Sasan Goodarzi became CEO in January of 2019. He has been with the company for nearly fifteen years first joining the organization in 2004 and quickly rising to a senior vice president by 2007. In 2013 he was promoted to executive vice present and general manager of TurboTax and by 2016 he was the executive vice president of small business. Notably, in 2018 he joined the board of directors of Atlassian, a darling of the software industry, which went public in late 2015.

Intuit of course denies foul play and points to the fact that use of its free filing tool actually increased by 8.3% as compared to the overall growth of the Free File program of 6.8%. It may just be that the politicians fail to understand how online search works or, for that matter, basic economics. It’s entirely conceivable and harkens back to the now famous video of Senator Orrin Hatch asking Mark Zuckerberg how Facebook makes money. It’s the politicians as well that so deftly destroyed the tens of thousands of jobs that Amazon was going to create in Long Island City.