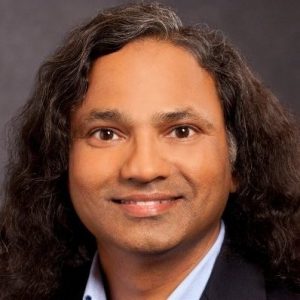 Counterfeiting isn’t only a problem of luxury brands and financial institutions. Lots of companies in sectors from healthcare to automotive are dealing with costly fraud on a daily basis. At the same time, manufacturers have to contend with expensive food and product recalls that are hurting their reputations.

The old way of solving the problem requires a lot of paperwork and a leap of faith. The new way of securing the supply chain involves transparency, explicit trust and advanced technologies like blockchain.

“The goal of cybersecurity in the supply chain is to protect against counterfeiting and fraud,” said Atul Mahamuni, Vice President of IoT and Blockchain Apps Cloud at Oracle in a recent interview with The SaaS Report. Blockchain technology can play a big role in that because it enables products to be tracked and traced from the beginning. Take prescription drugs for one example. According to Mahamuni, the industry is dealing with a problem in which real drugs are swapped out for fake ones. Scammers are then taking the drugs online, selling them anonymously through the dark web. But if those drugs were part of a distributed ledger powered by blockchain technology they would easily be traced and track. In a non-fraud example, it can also help companies clamp down on costly product recalls. A recent recall of romaine lettuce was widespread in scope largely because the problem couldn't be traced back to its source. “With blockchain, you can go back and track and trace to find out what went wrong, where and by who,” said the Oracle executive.

But it's not blockchain’s job alone. In order for it to stop fraud, it has to go hand-in-hand with advanced technology such as sensors and Internet-connected devices otherwise known as IoT. Take the drug delivery driver who does a pass-off on the side of the road. A sensor installed on a delivery truck can tell when the truck stops or detect when the door opens. That data is then recorded on the blockchain ledger. “Being able to verify the authenticity of the product and also get more information every step of the way,” is what blockchain can achieve, said Mahamuni. Those are just two of the industries that can better secure the supply chain with advanced technologies. Mahamuni pointed to verifying an expensive wine to confirming the source of a specific chemical during manufacturing as other use cases.

While Mahamuni said blockchain hasn’t gone mainstream it is getting attention from manufacturers who are concerned about the growing problems of fraud. “When you look at the market makers of electronics, pharmaceuticals, life science, automobile, and transportation are starting to embark blockchain,” he said noting it's getting ready to go prime time. As for what the future holds for manufacturers that do embrace blockchain, Mahamuni said they will have supply chains that are far more secure, more efficient and automatic. Gone will be the distrust that is typical between the multiple organizations that interact on the supply chain with paper-based checks and balances replaced with digital transactions on a public ledger.

“There’s a lot of manual verification not only between trading partners but governmental agencies. Many of that can start to be eliminated,” said the Oracle executive. “No need to open a shipping container and validate it if it has enough information through IoT and blockchain.”