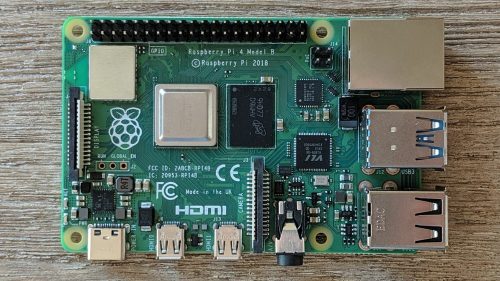 Raspberry Pi, the versatile single-board computer aimed at promoting computer science education, has now been used in the creation of a non-software malware detection system. Developed by a team of researchers from the Research Institute of Computer Science and Random Systems (IRISA) in France, the system uses a Raspberry Pi 2B, an H-field probe, and an oscilloscope to detect electromagnetic waves specific to multiple types of viruses, eliminating the need to install any software on the target device. The research team, made up of Annelie Heuser, Matthieu Mastio, Duy-Phuc Pham, and Damien Marion, presented its system at the Association for Computing Machinery (ACM) Annual Computer Security Applications Conference and published the project’s details on the ACM Digital Library.

Without the need for software, the system can circumvent, as well as detect and analyze, obfuscation techniques used by cybercriminals, rendering them useless. The team’s experiments were able to predict three generic malware types and one benign class with an accuracy of 99.82%, making the system particularly useful to malware analysts. While the physical detection device is far from commercial application, it will likely be beneficial for use in large servers and other implementations, and will significantly hinder the efforts of malware writers who will need to fend off EM scanners.